Run Kiwi tests from the command line with XCode 4.6

Apr 22, 2013 • Running your tests from command line is the first step to make continuous integration on your Xcode projects.

Just finished this article when Apple has released a major update, I’ve named XCode 5.0, so soon an updated article on how to achieve the same task under the new version of Xcode !

At first, I made some research on my favorite search engine, unfortunately none of the resources I found talked about running test suits for a project that was using CocoaPods.

The first article very interesting – but outdated – is Running OCUnit & Kiwi Tests on the Command Line by Stewart Gleadow. It helped me a lot to understand where to look, but since his article XCode has been updated and the private script that he was hacking has been changed… that is no longer a viable solution.

That’s why I thought about writing a new fresh article.

You need to activate the Run checkbox for the CommandLineUnitTests scheme 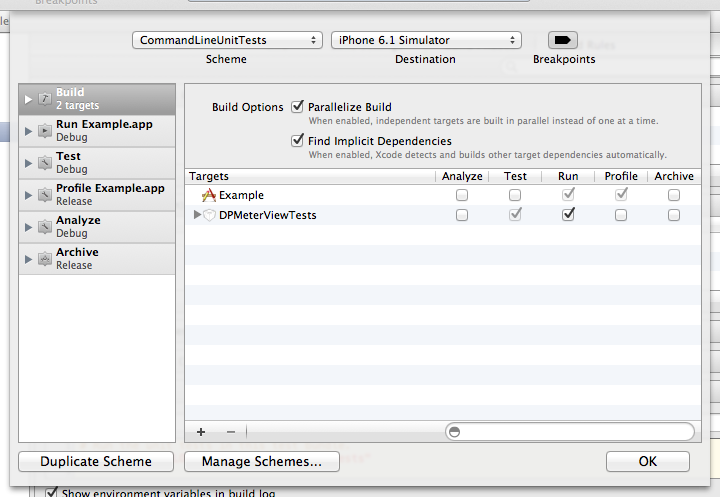 Here is a Makefile that you can use. It takes care of various things :

I’ve integrate the whole thing into a project of mine, DPMeterView hosted on GitHub, and the project is integrated with Travis Continuition Integration servers. Learn more on how to integrate Travis-CI in your open source iOS project, to build stronger libraries!